Rosato’s pub in Moville has won a host of accolades for its first class service with everything from the exquisite interior to the bar atmosphere winning praise from the likes of the Sunday World’s pub spy review. Great food in an authentic Irish pub is a must for anyone in the Donegal area.

The Railway Tavern can be found on the shores of Lough Swilly in Fahan. It is situated on premises which had previously been the Station House of the Londonderry & Lough Swilly Railway company (L&LSR). It was part of the Derry to Buncrana line which first operated in September 1864. Adjoined with arguably the finest eatery in Donegal – The Firebox Grill – the two combine to offer great service and a warm atmosphere in a location with a rich and fascinating history which only adds to the uniqueness of the bar and restaurant.

A popular pub amongst visitors and locals alike, located in the scenic Rathmullan area of North Donegal you can choose from a wide selection of quality drinks and soak in the view which takes in Lough Swilly and the greater Inishowen Peninsula. It has a large beer garden which nestles snuggly beside the bar and the Napoleonic era Fort in the area which now hosts the Flight of the Earls Heritage Centre. The bar showcases some of Donegal’s most popular traditional sessions and is lauded for its pub grub.

Nancy’s Bar is a genuine traditional Irish pub located in the Heritage Town of Ardara in South West Donegal. It is situated beside the bridge over the River Owentocker in the town centre. This lovely pub serves drinks and bar food in a lively, welcoming atmosphere. Nancy’s Bar has been in the McHugh family for over seven generations – the name Chas McHugh appears prominently over the doorway. The pub itself is relatively small and comprises of a series of small rooms with open fireplaces, and crammed with antiques and bric a brac. Recently a new bar area was opened and an outdoor seating area with an awning cover has also been added.

From the outside Leo’s Tavern in Crolly, Donegal may not seem more than a quaint little Irish pub but the tavern is known as the birth place of some of the finest musical talent to ever come out of Ireland. Leo and his wife Marie bought the pub in 1968 and the musicality of the extended family became a focal point of the tavern.
World famous musical acts including the likes of Enya, Clannad and Moya Brennan launched their careers from the tavern with their platinum selling albums displayed proudly in the tavern now run by Leo’s youngest son Bartley.

Acting as a hotel, bar & restaurant and live music venue it was first established in 1924 and still remains a family business three generations on. Separated into two distinct bars the Front Bar is renowned for its high quality food and traditional Irish bar setting while the Backroom acts as a function room which caters for everything from conferences to weddings.

Located near Glenties, Co.Donegal it is regarded by some as a mecca for Irish traditional music with a particular fondness for Donegal fiddle. Expect everything from songs, poems and dancing all embodied with true Celtic spirit. It’s slightly off the beaten track and can be found located in the middle of the mountains just a few miles from the Glenties but that just adds to the magic.

Found in the Gaeltacht of Gweedore in Co. Donegal Hudai Beag’s Bar and lounge also acts as a bed and breakfast for those looking to avail of this Irish speaking area of Donegal. It’s the most densely populated village in Europe with the World’s smallest harbour and is home to the grave of the world’s most renowned piper. A year round music session takes place in the bar which is regarded as one of the finest in Ireland with more than a dozen musicians known to have taken part during any one session.

A family run business since its inception in 1929 in Kilcar, Donegal. During the 1960s it was decided to incorporate live music at the weekends and its popularity has grown exponentially since this move. Although steeped in traditional Irish music it also caters for a variety of different musical palettes with folk, country, rock and even disco on offer throughout the week. A relaxed and friendly atmosphere at all times with any budding musicians invited to take part in any of the open sessions the pub puts on.

Another traditional Irish pub in the Gaeltacht, this time in the Teelin area of Donegal which is a favoured spot of fishing enthusiasts throughout the country, the pub formerly known as Cuil an Duin has a rich and varied musical history. Once owned by Mairéad Ní Mhaonaigh, a member of one of Ireland’s most famous folk acts Altan. The pub has continued in a rich musical form with its traditional Irish music sessions bringing in visitors from the length and breadth of the country.

The Singing Pub can be found in the lovely little seaside resort of the Downing’s in Co. Donegal. The area is surrounded by superb beaches and scenic views and has an abundance of quality pubs. The finest being that of the singing pub which boasts some of the finest array of musical talent daily, whether you are looking for fine pub grub or a good old Irish traditional session look no further than this one. 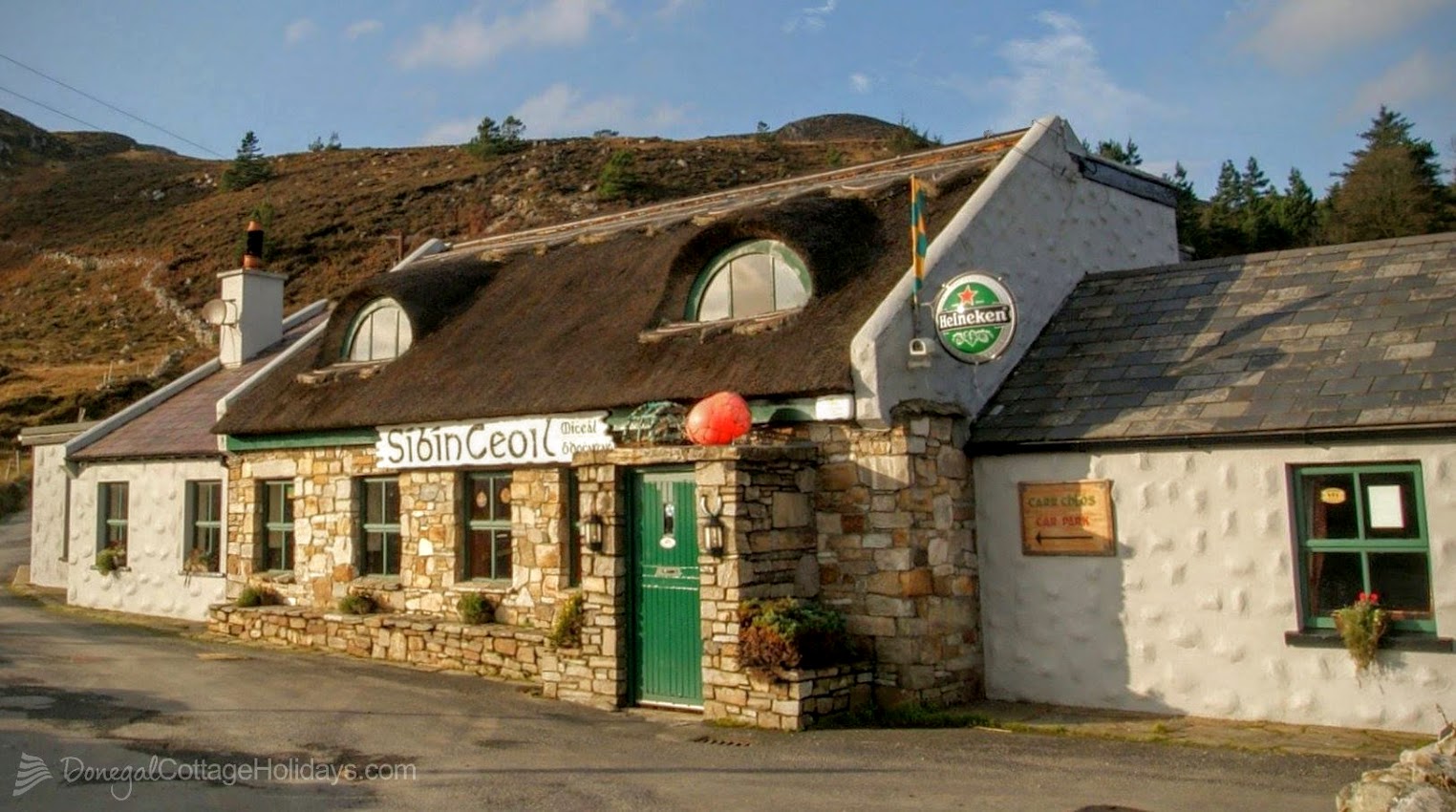 Top 5 things to see on a day trip to Derry City – Derry is noted for its 17th Century walls – better known locally as ‘The Walls’ – and a walking tour is a must for anyone who visits the City.

Kealys Seafood Bar Greencastle – fresh fish are landed daily from the fleet of small boats and the restaurant avails of the best specimens to be served up same day.

The Inishowen Maritime Museum in Greencastle Co Donegal was opened to the public in 1994 with the assistance of the Inishowen Community Development Limited, the EU Leader Programme and the...
Read More

Oscars Restaurant Buncrana is located on Buncrana’s Main Street and features a stylish art deco interior. Through its large curved street-facing windows you can watch local activity while enjoying a coffee with friends.

Grianan of Aileach is probably the best-known monument in Inishowen. Situated on a hilltop 800 feet above sea level the stone fort was probably built on an earthen rath. The origins of the Grianan...
Read More

The Fintown Railway is the only operational railway in Co. Donegal.  Set amidst spectacular highland scenery overlooking Lough Finn, the railway (3 m/5km) is a restored section of the former County...
Read More